Films we supplied gear to in 2001 and before 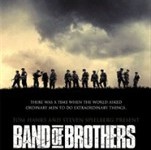 We started spplying films way back in the 1990's, here are some films that you may have seen.

We stamped and supplied all the US dog tags plus various American and German clothing, equipment an insignia.

Various US and German equipment, insignia and uniforms.