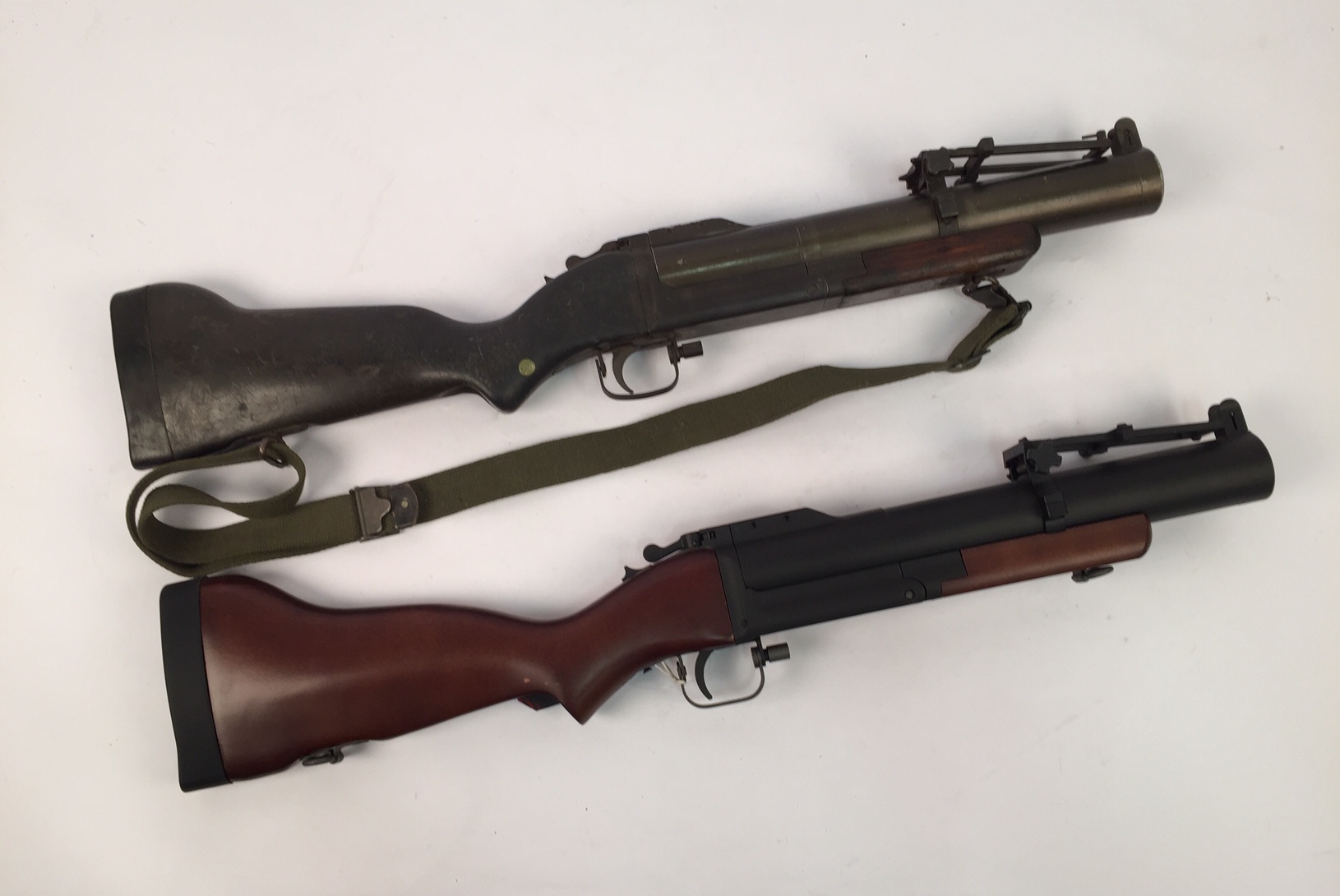 The M79 blupper gun was a very distinictive weapon that was used in the Vietnam war by the US Army and US Marines. It gave extra distance to throwing hand grenades and in experirenced hands was very accruate.

It was a single shot weapon which breaks up like a shotgun. There were various grenade type rounds that it could fire including the standard grenade and the signal flares and gas grenades.

Here we have a quick look at a replica King Arms M79 airsoft against a original US military M79 blupper gun which was used in the Vietnam war. The original M79 has been deactivated to UK specifications. 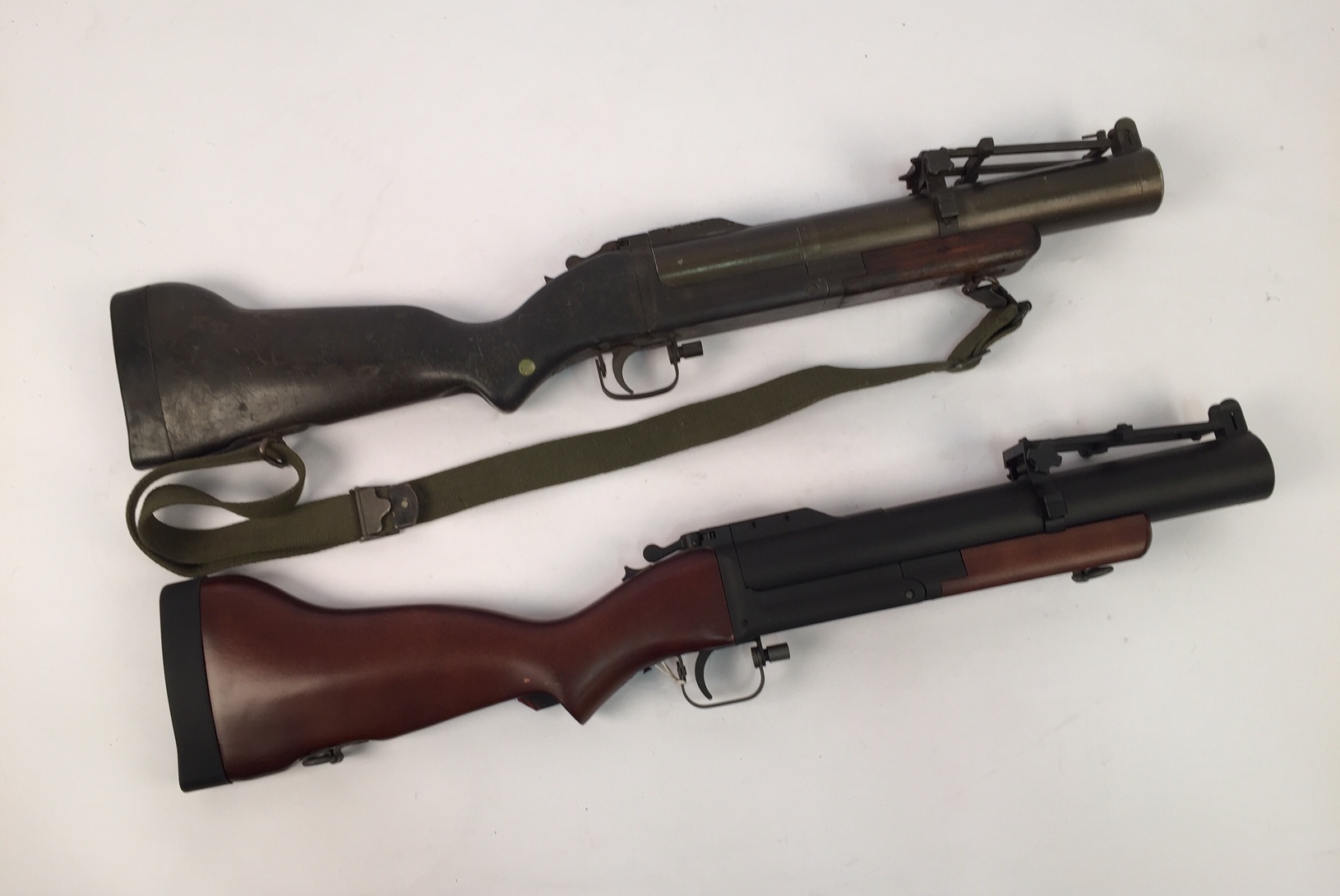 The top picture is the real one, the bottom one is the King Arms replica. The design and size is very good, the King Arms needs a bit of aging to make it even better. 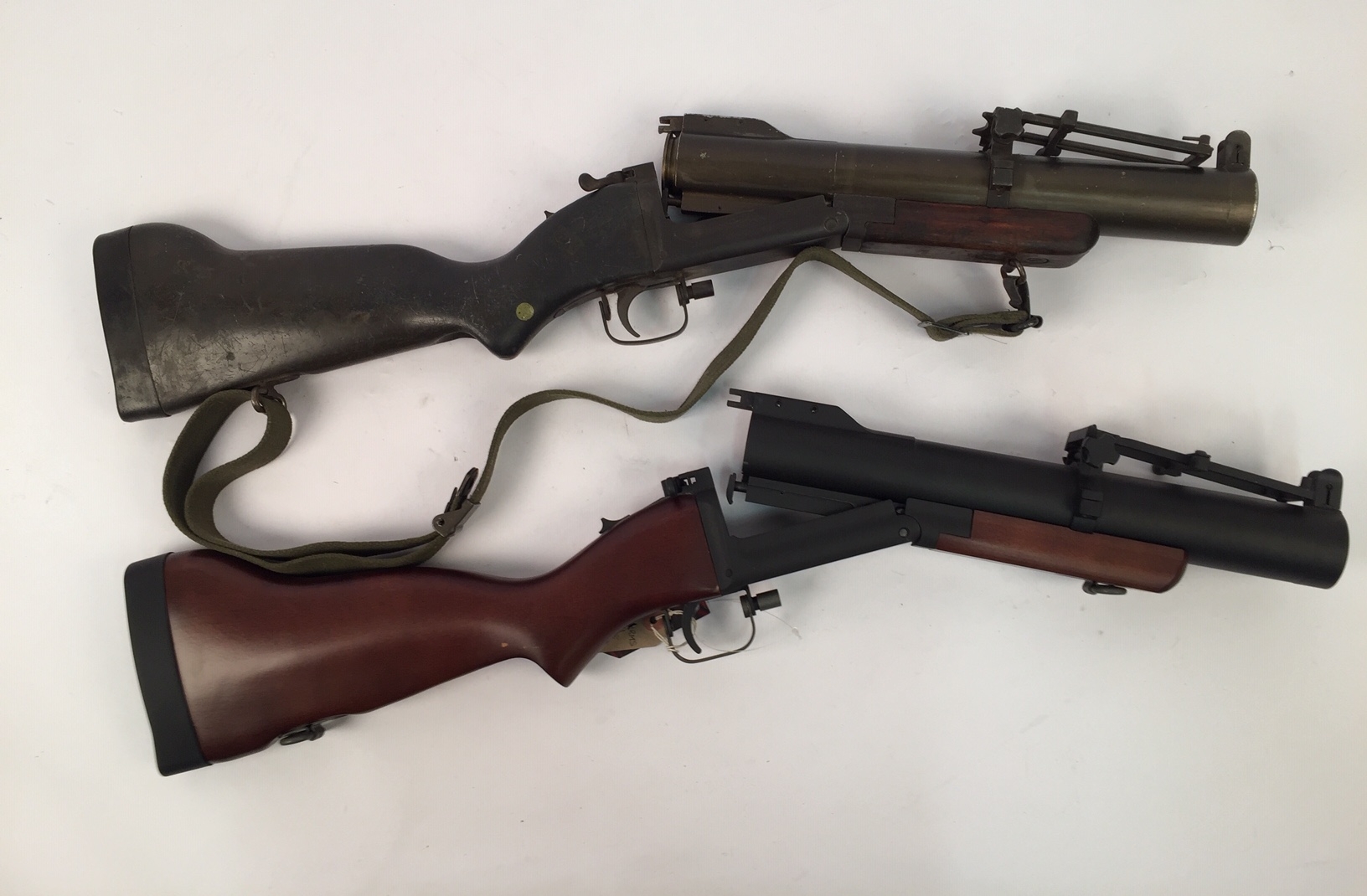 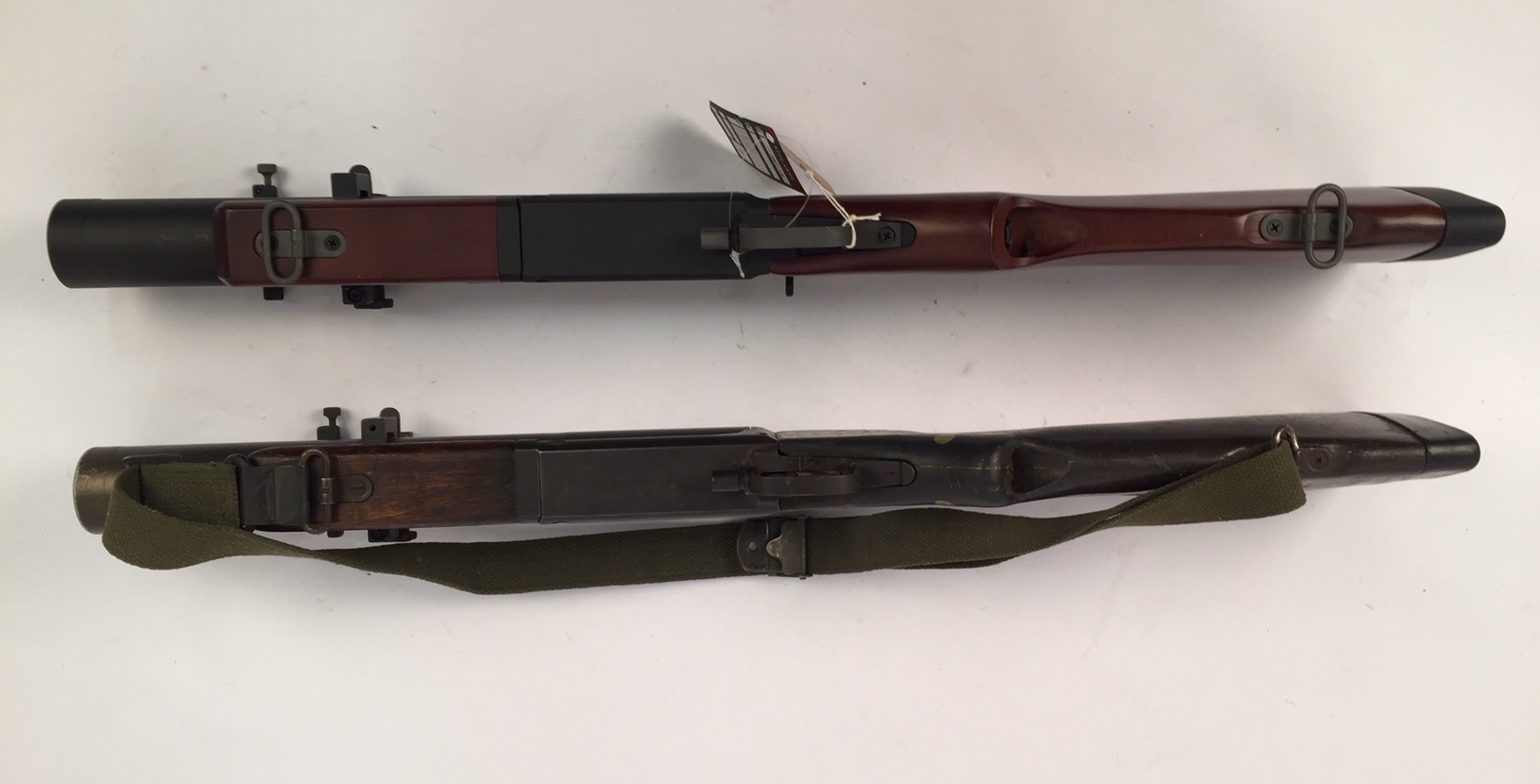 The original M79 is part of our own collection and it was actually used during the Vietnam war.